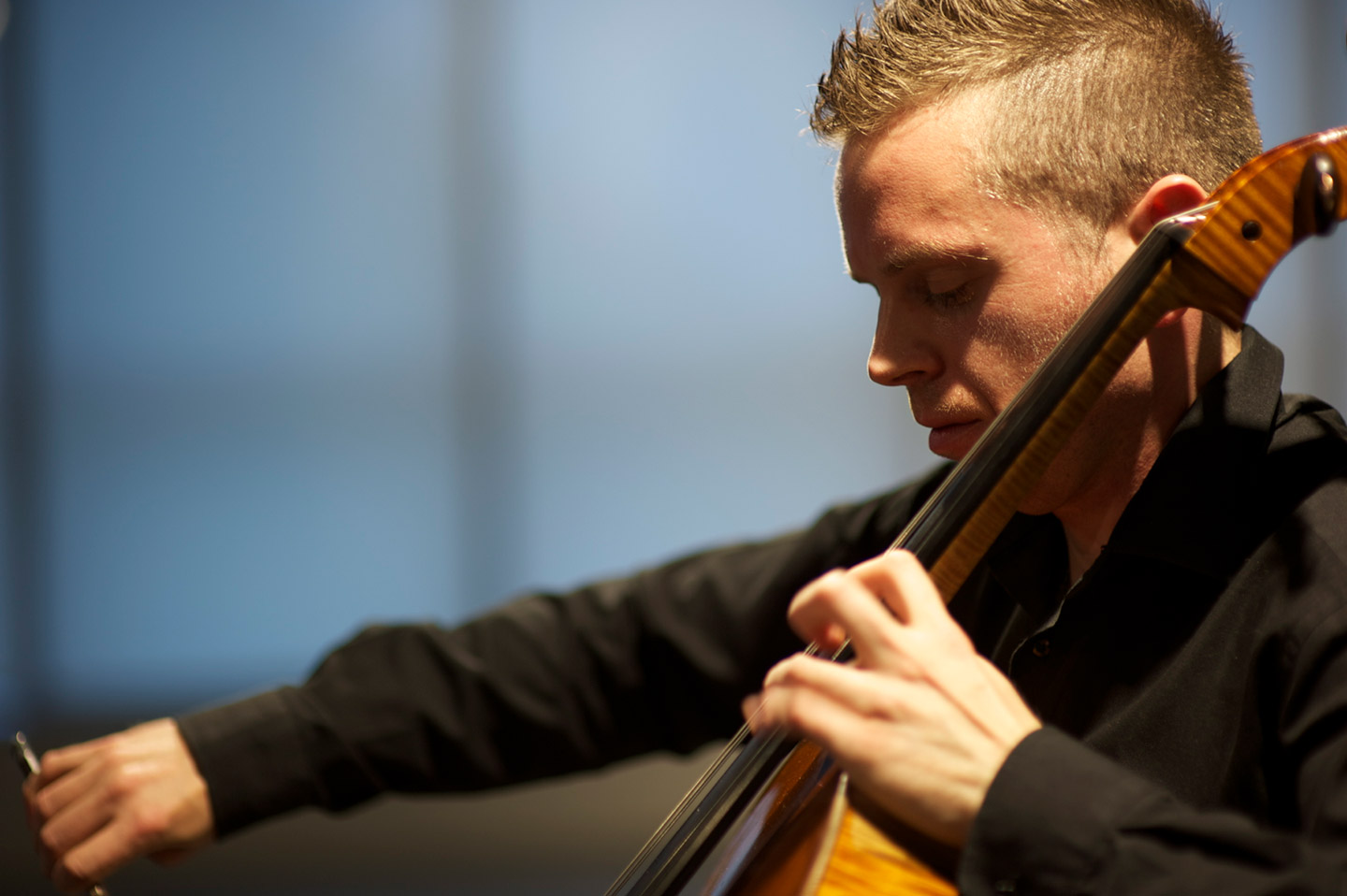 Gerald Peregrine is an Irish cellist, who has established a career as a soloist, chamber and orchestral performer.

Born in Dublin to a large musical family, he studied at the RIAM and DIT, before commencing his studies in London aged 14, with William Pleeth. He subsequently trained with Steven Doane at the RCM as a foundation scholar and at Indiana university as a Fulbright scholar, with Janos Starker and Emilio Colon.

Gerald regularly performs as a chamber musician with Ensemble Avalon, Trio Festivale and Camerata Ireland, under the direction of Barry Douglas. He has performed as a chamber musician in venues such as Carnegie Hall, Tchaikovsky Hall, NCPA Beijing, Lincoln centre, Cadogan hall (BBC proms), Theatre de champs elysées among others. He has curated chamber music concerts at festivals in France, Hong Kong and the US.

Ensemble Avalon’s premier recording for RTE Lyric fm was chosen as chamber music disc of the month in the Strad, receiving widespread critical acclaim in Ireland and the UK.

Gerald has performed as a concerto soloist with all the major orchestras in Ireland, and regularly performs on TV and radio. He has featured as a soloist on film productions for RTE, Sky One and BBC One. He also featured as soloist with the RTE National Symphony Orchestra on John Boorman’s last film ‘Queen and Country”.

In 2018, he was invited to perform as a soloist for Pope Francis in Croke Park stadium for a live TV broadcast. He has also performed for the Queen on her historic State visit to Ireland.

Gerald is the co-leader of the Wexford Festival Opera festival in Ireland since 2006.

As an educator, Gerald has given masterclasses in Trinity College, RIAM, Cork school of music, Peking and Beijing Universities, Memphis University. Ensemble were the inaugural Ensemble in Residence in Trinity college Dublin form 2011- 2014.
Gerald plays on a French cello by Roger and Max Millant and a bow by Eugene Sartory, which was made possible with part funding under the Music Network instrument purchase scheme.